Recently I was asked if I had experienced scary moments during travel… I completely drew blank. In Thailand and Southeast Asia I can find none, certainly none worth mentioning. So after giving more thought to the question I have finally come up with my most terrifying travel experience. An experience not in Asia but on a road trip in America with an ex-girlfriend who had moved to live in the United States as an au pair.

My first ever visit to the USA and the scary travel experience coming on my first stretch of the road trip travelling from New York to Washington. As with many of my day starts on a hangover following a night beer sampling at New York’s Heartland Brewery (NYC). Obviously not a great start for any road trip in America. The second mistake was renting a Dodge Charger, a beast of a car with rear-wheel drive and automatic gears, both completely new to me. Driving on the right side of the road was already intimidating enough having arrived from the UK and I kind of wished I had opted for Limo Find. 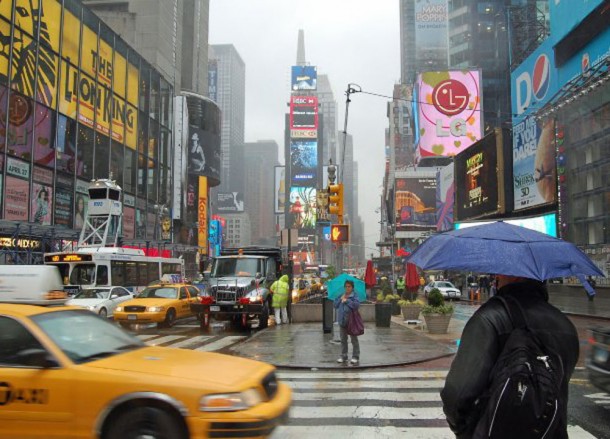 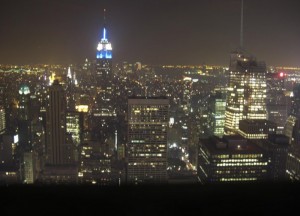 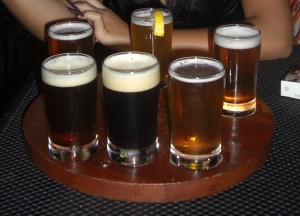 If this experience taught me anything it was to avoid lazy preparation. Turning up to Newarks’ Dollar Car Rental I was completely clueless. I grab the keys, jump to the driver seat and get to go. Automatic gears, weird letters on the gear stick… there’s no clutch? Managing to muddle through I am soon on the roads and already lost. No maps, no clue and surprisingly no road signs to Washington DC in New York / New Jersey. After pestering bewildered bystanders I find a shopping mall (Best Buy) and go looking for a map. Here I am introduced to GPS (satnav) which without we wouldn’t have gotten far. Following GPS instructions we start our 7-hour road trip to Washington DC. Of course not without excitement along the way. 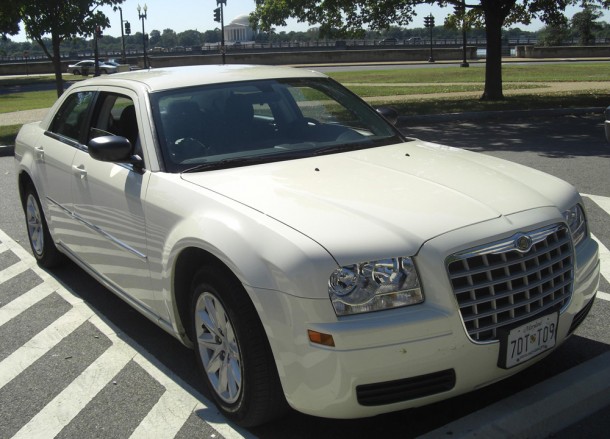 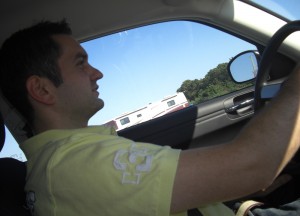 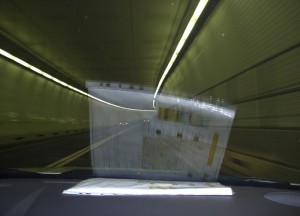 The first comes just after dark when GPS instructions to ‘keep right’ brings us through an exit to the centre of Delaware, a place I had no intention of ever seeing. Coming to the first traffic lights a homeless guy wearing a sandwich board stands in front of the car before moving round to bash the window next to me…. what do you do? Speed off and I fortunately reroute the GPS back on track again. We then follow the quickest direct route to Washington DC. There is no ‘bypass ghettos’ option on the GPS and now close to midnight we are passing the outskirts of Washington DC. I am the only honky in town driving a bright vanilla Dodge Charger through the roughest streets I’ve seen. I always though of Washington DC as an amiable city, far from crime and poverty. Silly me. The most terrifying part comes after 30 minutes lost in Washington DC’s suburbs. Now past midnight ahead of us some black guy comes running from a side alley falling face first on the road. He is quickly chased down by three other guys. One lays into him, while the other 2 grab weapons from the roadside, a chunk of wood and what looked like a brick. The guy with the brick stares up the road at me. At this point I had obviously stopped the car, centre of the road, frozen, shitting myself…. where’s the reverse… If find reverse, spin the car round and speed back towards main roads. Sitting at the next traffic lights two joyriders come skidding to a stop one missing the side of my car by mere inches. No clue if they were involved in the attack but luckily they had no interest in me. I am back on track and in no less than 5 minutes I have checked in at St. Gregory Hotel and was sipping my complimentary bottle of Champagne. Quite a contrast. What amazed me most was the proximity of crime to the city centre. Easily within walking distance. Thankfully this was the end of my terrifying experience. Was I a coward? Yes but I couldn’t be further from home. 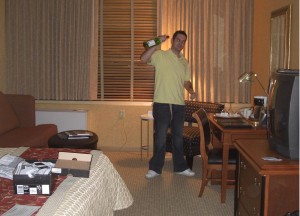 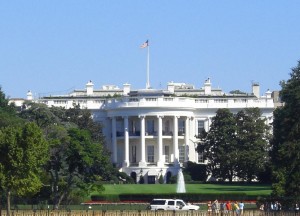 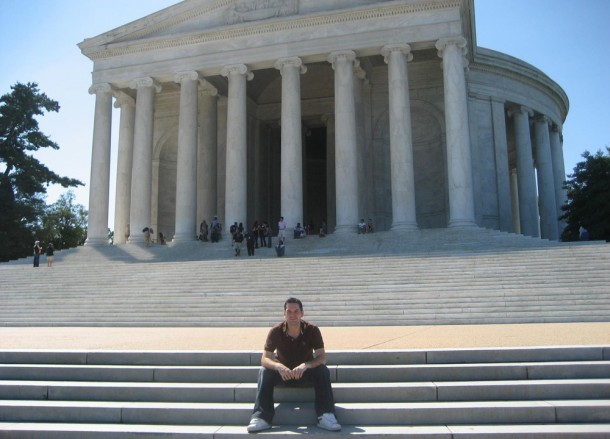 My Base in New York State (Pearl River)

The following day was Labor Day in Washington DC and I drive through empty streets little to no problem bar constant effort to keep the Charger on a straight line. Driving was now easy in comparison. Next up on my road trip in America was a longer journey to New York State which flashed by without incident or excitement so much that I barely remember it. I would now base myself in a small town called Nanuet where a friend was living in nearby Pearl River, small town USA a short commute from New York City centre. Very Irish yet very american. So I did as American’s do, shoot guns, eat giant hoagies, picnic on junk food etc. Some of the better places in the area are Bear Mountain 20 minutes north and further again north to the Catskill Mountains. 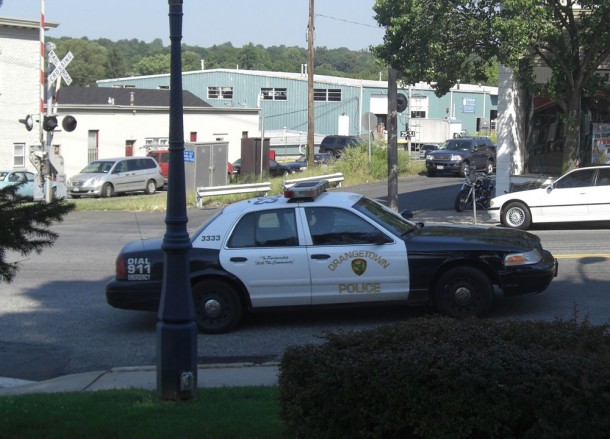 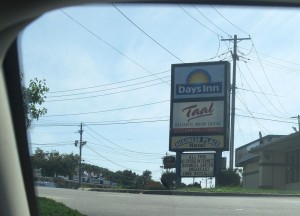 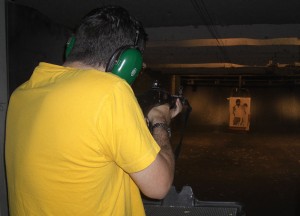 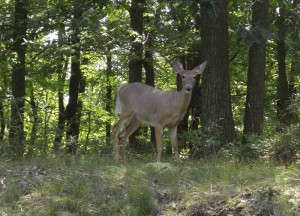 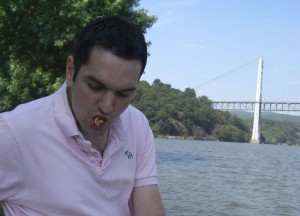 This stretch I travel alone, down past New York City, crossing the Washington Bridge and onto the straights of Long Island. I travel to the far end of Montauk calling in at a few of the cuter areas en route, the Hamptons and sleepy seaside towns. Nice area but I didn’t stay long. 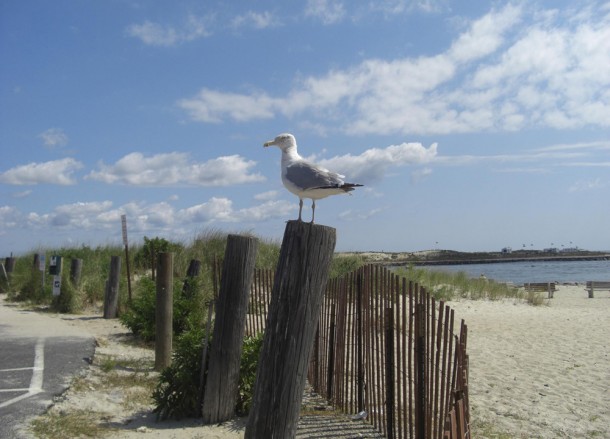 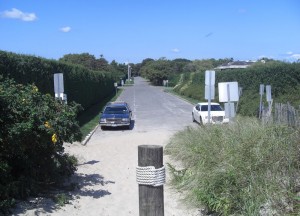 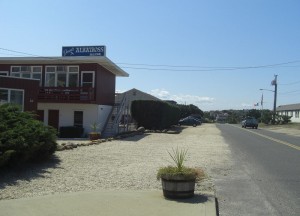 Travelling one end of New York State to the opposite. Easily the most gruelling of journeys during our road trip in America; 400 miles and 7 hours of travel with a hurricane on its way. We travel north to the remote city of Syracuse then West following the border of Ontario in Canada. The plan on arrival was to cross into Canada with a hotel reservation and a room with serious views of the falls. Again with lazy preparation, these plans fall apart. While I have no problem entering Canada on my British passport my friend was living in America on a Thai passport hence need VISA. The border guards turn us back to the US. Note if border police ask why you’re returning from Canada… do not say ‘they kicked us out’. I did, resulting in my car keys being taken and border police phoning in our IDs. Still funny. So instead we make do with the American side, the Maid of the Mist and we finally cross the Canadian border by helicopter on a tour over Niagara Falls. Obviously I won’t tick it off and Canada is still very high on my to do list. We find another ‘peach’ of local life in nearby Lewiston where the Niagara County Peach Festival was taking place. Another glimpse into small town USA. It was the small experiences like this that keep me itching to get back. While I have been to New York since I haven’t returned to a road trip in America. 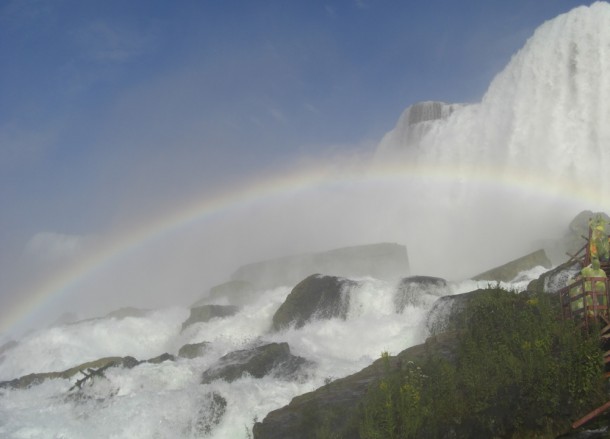 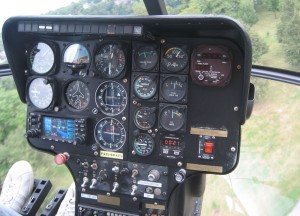 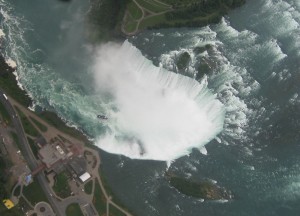 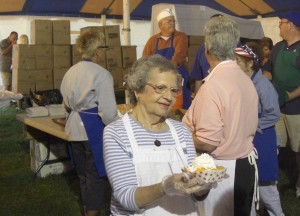 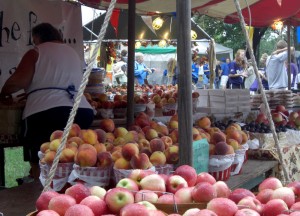 This road trip was back in 2008 meaning my photography and editing was terrible… sorry. I did try put some of it together as below. From day one right through to the end.