For travel from Changsha to Zhangjiajie I would say the better route would be by train. If staying near the airport the flight option would obviously be the better choice, otherwise, from central areas near the city Metro, take the train. To find the train station it is conveniently located near the airport bus stop at the Civil Aviation Hotel (pictured below) and travelling by metro the station is coincidentally named the ‘Railway Station’ station. Not hard to remember. From here it is a minute or two walk to the train station (pictured below right). For travel between the airport, and central Changsha, it takes a relatively simple bus journey for around 40 mins. There are umpteen budget hotels near the arrival point on Wuyi Avenue (hotels listed here). Note the Subway doesn’t open until 06:20 am so if planning to catch an early train or flight a metered taxi maybe necessary. (Check here for our beginners guide to long distance travel in China). 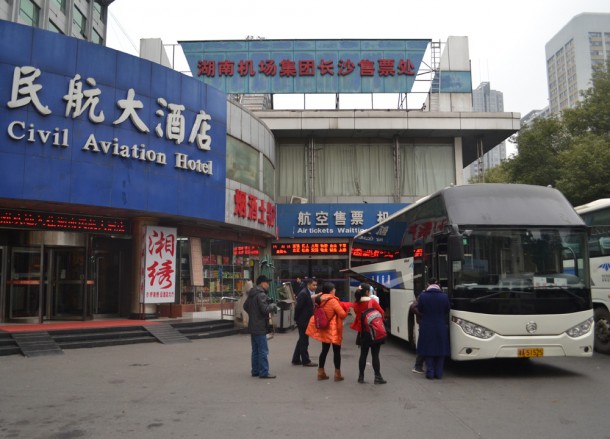 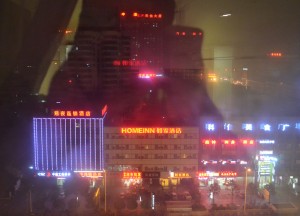 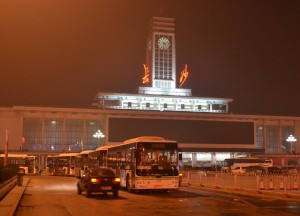 Changsha to Zhangjiajie by Train

Currently there are no options for e-ticket bookings in China, but it is possible to reserve tickets in advance with collection at the train station. Note, for collection remember to bring a print out of the reservation and passport. While the online reservation process should be easy, many websites over-complicate the procedure with added fees and processes on both sides. The best option we found, to date, is through TravelChinaGuide.com who make it relatively simple. On collection at Changsha train station the ticketing office is found separated from the main building on the far right of the car park. Then, after collection of the tickets, continue to the main station found at the central clock building. For travel there are generally three ticket options available; seated, hard sleeper and soft sleeper. We go with the hard-sleepers costing 100 Yuan each. The train leaves early morning (05:40am) and we stay opposite next to the Metro on Wuyi Avenue. The journey to Zhangjiajie takes roughly 7 hours and the conductors know no English, so be sure to get off at the right stop, which is easily recognizable. 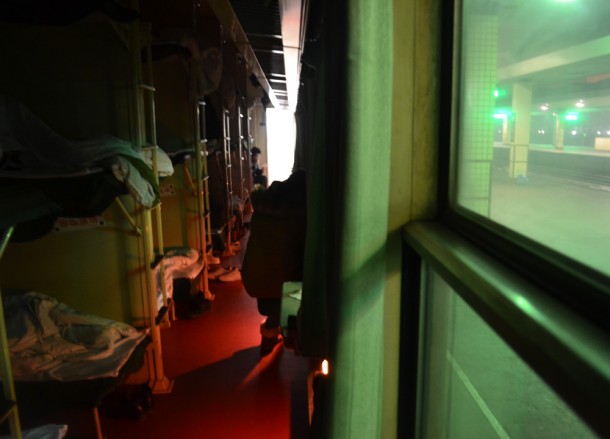 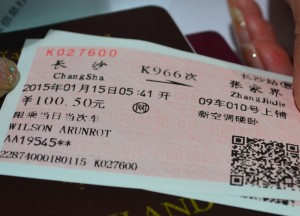 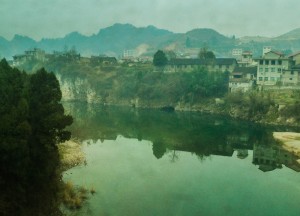 Changsha from Zhangjiajie by Plane

We only use flights on the way out of Zhangjiajie to Changsha and while, in most instances, I would prefer rail travel over flying, this may have been the one exception. The views at the airport are sincerely impressive with Mount Tianmen in the background. Also, the cute propeller plane was a new experience for us. Prices are cheap and we pay 272 Yuan per person, booking only two days in advance. There were only two daily flights (low season) between the two destinations, flying with OK Airlines which, while not great, were okay, haha. The only option of travel to and from Zhangjiajie airport was by taxi but the airport is near the city center, and costs no more than 20 Yuan each way. For flight reservations there are two main booking websites, we book through ctrip.com and the other is elong.net. Chansgha airport buses leave regularly to and from the Civil Aviation Hotel, taking roughly 40 mins and costing 17 Yuan. 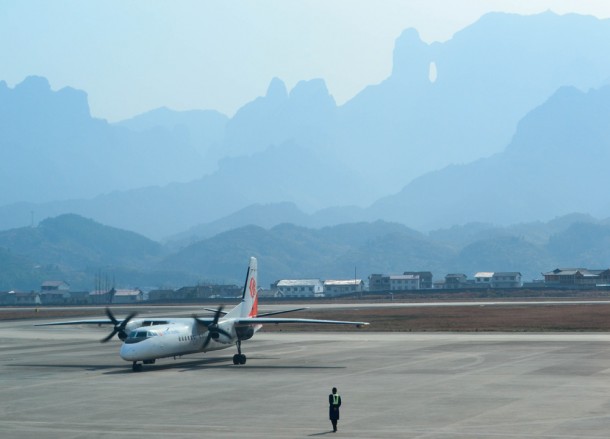 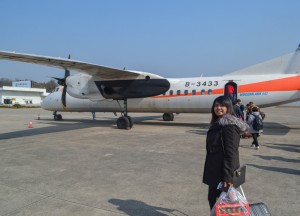 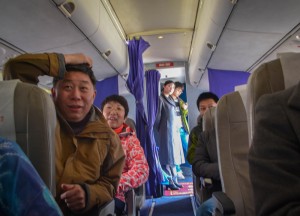 Arriving to the train station / bus station, and the central transit area for Zhangjiajie, there are a number of cheap hotels opposite which make an ideal base for travel in the area. Many of the hotels are the typical chain hotels of China e.g. 7 Days Inn, Hotel 8, Hanting and during our visit we stay with Hanting at 139 Yuan per night (low season). Great value so we didn’t look further. Do expect to pay more in busier tourist seasons, and availability will be limited, so advance bookings maybe advisable (Here for list of hotels). In the station area you’ll find umpteen eating options from noodle shops and street food to coffee shops and McDonalds. Something for everybody. There’s also a large supermarket and food court directly next to the bus station. The main attraction of the city would be the convenient cable car which routes to the nearby Tianmen Mountain (Here for Full Guide to Tianmen Mountain). Otherwise the city of Zhangjiajie isn’t an attraction in itself, and if it were not for the surrounding mountains and scenery of Hunan, the city would likely be unheard of. That being said, it is a far-flung Chinese destination, which in itself can be of interest. I spent a day poking down roads and backstreets to find unique and authentic local life and an interesting riverside area which splits the two sides of the city. For those who love street food there is also plenty to be found (Our Chinese Street Food Guide Here). 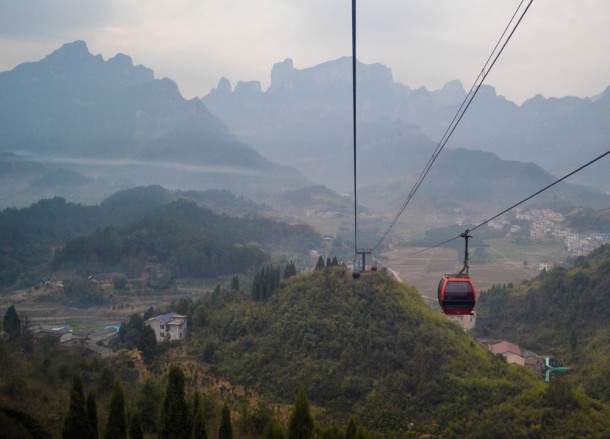 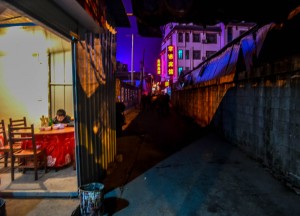 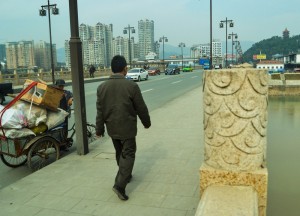 Zhangjiajie City is more of a base for travel and some of the nearby attractions, are not to be missed. A 40 minute bus ride finds the Zhangjiajie National Park (Wulingyuan) a site famous from the Avatar movie with unmatched views of towering stone pillars. This can be reached on a one-day tour, although two days would suit better (Full Guide to Zhangjiajie National Park Here). The second must-see attraction would be Phoenix Ancient City (Fenghuang) located roughly 4 hours from the city meaning a night, or maybe two, would be necessary for this attraction. 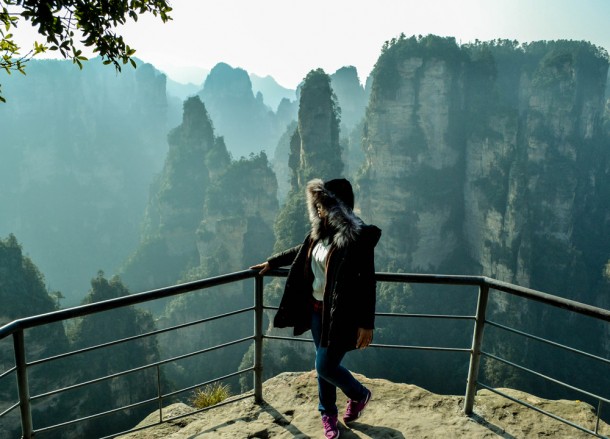 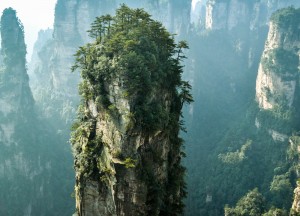