Touching down in any given country I am always straight to withdraw shiny new notes of the local currency. In Thailand the Baht, in Myanmar the Kyat, in Vietnam the Dong, in Cambodia….. the US dollar. Unexpected but for tourists in Cambodia the US dollar almost feels like local currency. While I am familiar with the acceptance of dollars in other Southeast Asian countries they normally come second to local currencies and in Cambodia I am almost forced to use dollars over the local currency of Riel. Trying the first ATM, located before immigration at Siem Reap airport and used for VISA payments I find only dollars available. I skip on to the next and the same again. With no luck at the airport I ask the hotel pickup service to nip past an ATM en route to the hotel. Again the currency is in US dollars and what’s strange is they don’t even show the $ sign of currency almost to say “What’s Riel?”. Stranger again the ATMs like to dispense hundred dollar bills which can be tricky to exchange (try hotels or upscale restaurants). So we had no luck finding Riel on arrival but later there are dual currency ATMs in and around however tourists are rarely shown them. If you want dollars the red Canadia Banks are dotted all around. We don’t see our first Riel notes until the second day when we are handed 1000 Riel notes in change from fizzy pops. Note you will want to get rid of all your Riel before leaving as the notes are little more than useless outside of Cambodia and they are near impossible to exchange (buy or sell). 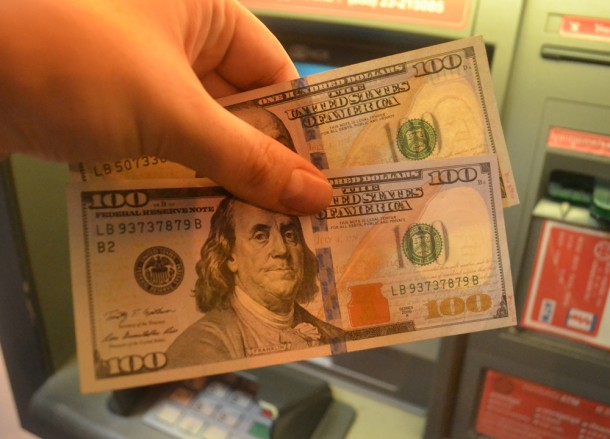 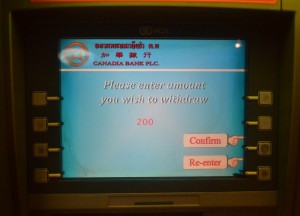 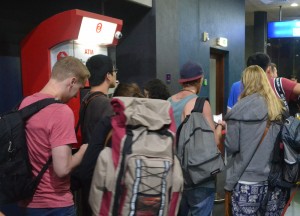 Why I Prefer Local Currencies?

Living in Thailand I deal in Thai Baht, in my bank account are British Pounds, so to use US Dollars in Cambodia means exchanging four currencies in my head. I like to know the money spent from my bank account, I like to compare regional prices with Thailand and change in Cambodia is given in Riel. The US dollar therefore an added complication. The dollar is roughly 4,000 Riel which does make calculations a little easier. However, there are other reasons why I prefer local currencies. I almost always find travel is cheaper in local currency as it shows better understanding of value, similar to a local or an expat might have, hence am treated less like a mug. I also use local currencies just for the travel experience itself where transactions feel more real and authentic albeit in a minimal way. Lastly I am a bit of a notaphilist (a collector of banknotes) and while the Riel isn’t the worst collection of bank notes I’ve found it doesn’t come close to the Sri Lankan Rupee 🙂 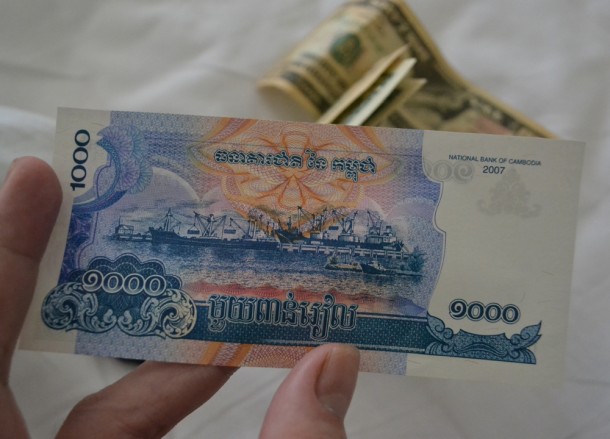 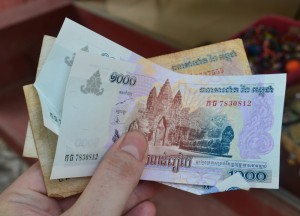 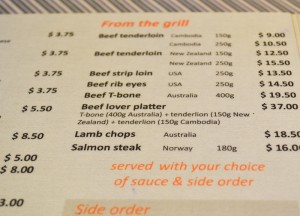