After late nights in Bangkok’s Sukhumvit area, we escape the hubbub of big city life and go in search of more serene experiences, which are often hard to come by in Bangkok’s central districts. To find them we taxi to the Chao Phraya riverside; a locale I recently fell in love with following a stay in the neighbouring city of Nonthaburi. During my Nonthaburi stay I experienced a more local, authentic and serene riverside, all assets which seem now to be overshadowed by towering high rises, plazas and tourist tack in the riverside tourist areas. On this visit we therefore aim to replicate this serene sentiment while staying close to the old city and tourist areas of Rattanakosin island. We do this at the Riva Surya hotel a charming boutique riverside escape found on one of the quieter stretches of the Chao Phraya. The guestrooms have unique river views under the iconic backdrop of nearby Rama 8 bridge. Once there we find it hard to leave. 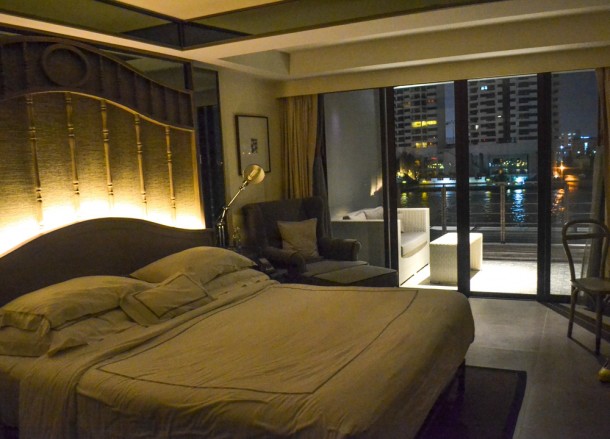 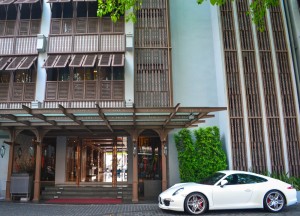 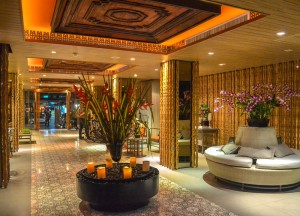 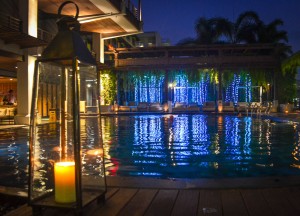 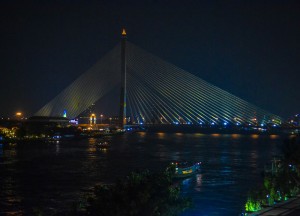 At the hotel we quickly pick up our free map to local attractions, yet fail to make it from the local streets. While ‘gem’ isn’t a word I use often, on this instance, I think Phra Athit would be best described as a gem of a street. I go on to share it with my local Thai friends who are all surprised I’d never come across it before. Phra Athit appears to be well known with hip local crowds and with local character and plenty of charm I can easily see why. In the end we stay happy hopping from one shophouse eatery to the next, from the Indian roti shop, to the local boat noodles, from the dessert cafes to an early opening cocktail bar. For such a small street, there’s a lot going on. The area, however, is better known for its historical significance, where at the far end is Santichaiprakan Park, and Phra Sumen Fort, one of the last-standing watchtowers of the old city walls. Next to this is also the Phra Athit pier where river taxis come and go regularly through the day to explore the rest of the riverside area and the tourist attractions along the way. 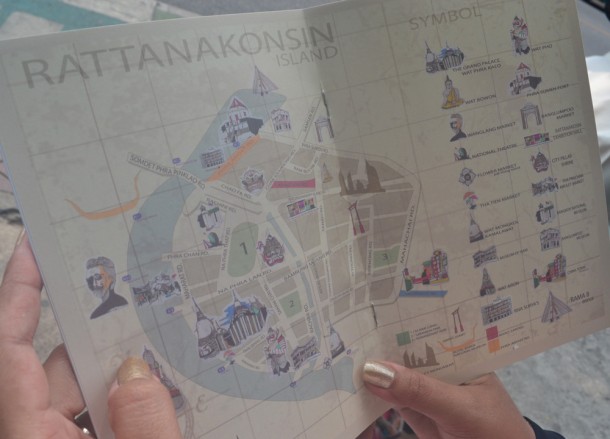 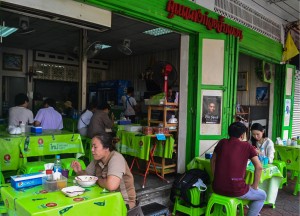 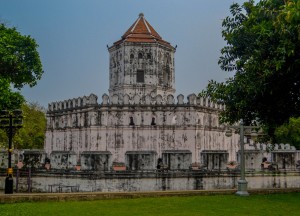 The Babble and Rum Restaurant

While we normally explore outside eating options the Babble and Rum at Riva Surya likely offers the best setting along this stretch of river. With relaxed river views, and cooling breezes we find no need to look further. While we start the day with breakfast at the Babble and Rum we also return for sunset cocktails, then indulge in their impressive list of Thai and Western dishes. As with many restaurants I judge them on their Massaman, a curry with depth in flavour and uniqueness in southern spice that is commonly blanded for ‘tourist tastes’. At the Babble and Rum they do it right; authentic, well spiced and with a fiery kick of chilli. It is also pilfered by Fanfan, the massaman snob, who insists “tourist restaurants never get it right”. Again, at the Babble and Rum, they do get it right. Instead Fanfan had opted for the western menu with braised veal shank set with a saffron risotto, which again is a winner first with her, and then with me, as we play swapsies with our dishes. Great food, scenic views, serious cocktails and a cool riverside breeze. Alone worth the visit. 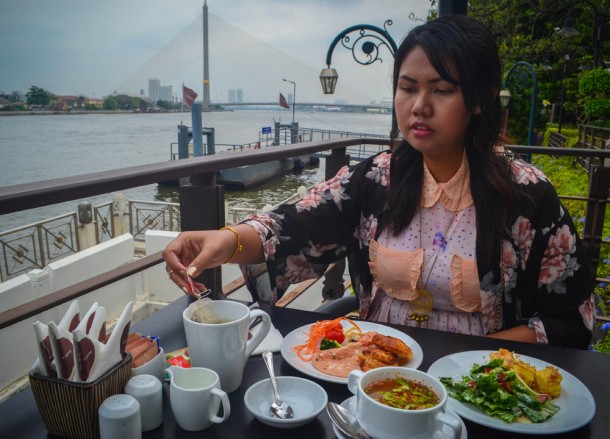 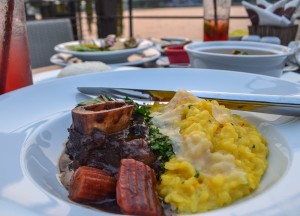 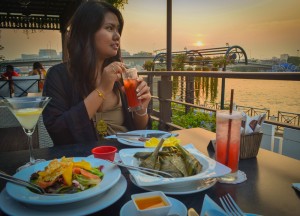 Evenings on the Riverside

Phra Athit Road is one of few bicycle friendly areas of Bangkok and if it weren’t for the cocktails it would have been a great way for us to explore. Instead we follow the popular cycle route by foot following the riverside promenade to the open-air pavilion at Santichaiprakan Park. In the evening this area has come to life with after work gatherings and locals out to exercise which for me is an attraction in itself. After some short-time people watching we cross the road to explore the cocktail bars and jazz clubs which by now are coming to life on the main Phra Athit Road. Again, there is a lot going on with regards to nightlife here and for the backpacker scene a quick sneak through Soi Chana Songkram, opposite the hotel, finds a maze of walking streets which connect to the travel hub of Khaosan Road. We instead opt to end the night early with front row seats to the Chao Phraya river scene from our guestroom balcony. The river is surprisingly loud  in the evening with the buzz of long-tails, and the back and forth chuggs of barges, but it remains to feel somewhat idyllic and almost therapeutic. 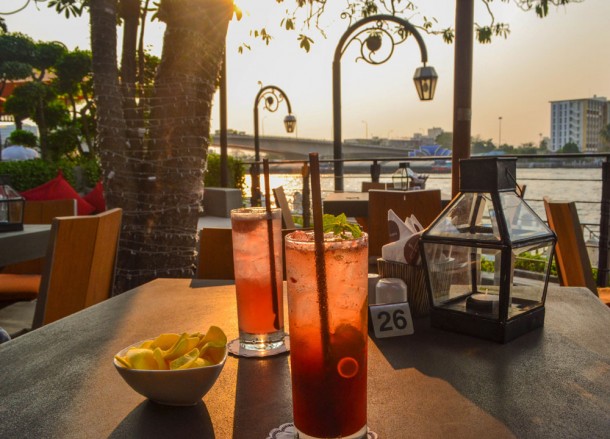 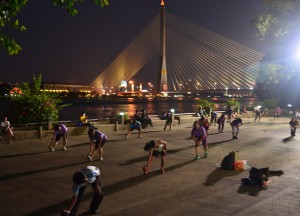 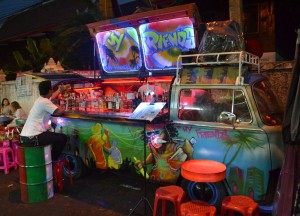 Further info on the Riva Surya and Babble and Rum: