Chao Phraya River is the water of choice for visitors celebrating Loy Krathong in Bangkok. For me, I avoid it. The popular riverside areas are a pain to reach with heavy traffic, pushy crowds and in many cases you won’t even reach the river to float your own Krathong. Last visit we had someone do it for us… while we watched. A complete waste of time. Loy Krathong in Bangkok is often better in the less obvious areas. The past two years I celebrated in Sukhumvit where the crowds are less strenuous, more relaxed and surprisingly enjoyable. There are two top spots to celebrate Loy Krathong in Sukhumvit; Benjasiri Park (Phrom Phong) and Benjakiti Park (Asoke). They are however still busy; the entrance gates to each park lined with hawkers and street food and hundreds of Krathongs for sale. Inside the crowds and gatherings are more local and less touristy with kids, families and couples arriving from surrounding urban areas. It often makes better sense to buy a Krathong on location (50Baht+) and float the Krathong early before crowds. Here is where to celebrate Loy Krathong in Bangkok, Sukhumvit area. 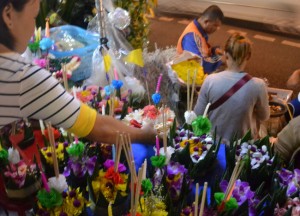 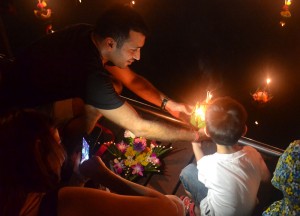 This is the easier park to find; located directly next to the Skytrain station at Phrom Phong Station / next to the Emporium Mall. It is also very busy. We arrive early in the evening when the crowds were less busy but leaving the streets leading to the entrance were at festival proportions. Benjasiri Park (aka Queen’s Park) is a smaller park with a central lake with fish and turtles and it would be perfect for Loy Krathong if it weren’t for the crowds. The perimeters quickly fill and the surrounding grass gets more muddy and slippery as the night goes on. There is a central paved area but good luck in reaching the front. Benjasiri Park is always a cool park to visit; any day of the week finds Tai Chi, Sepak Takraw and all sorts of authentic Thai local life. My advice would be to float your Krathong early then sit back and watch the crowds float theirs. 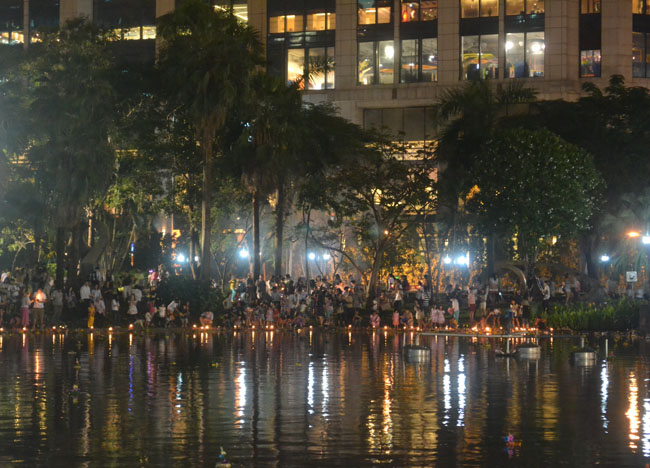 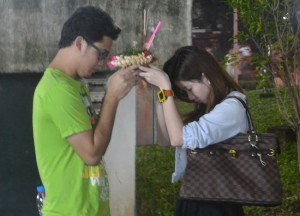 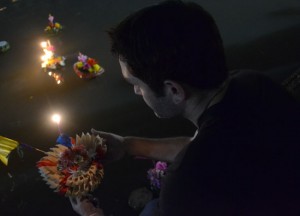 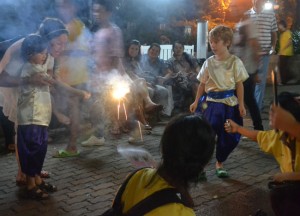 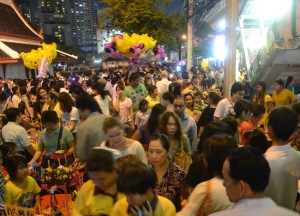 This Park is a little more tricky to locate. While you can arrive from the Skytrain (Asoke) expect a trek to Queen Sirikit Convention Centre to find an open gate. Alternatively arrive by Subway MRT at Queen Sirikit station and a short walk finds the entrance. Benjakiti is a lesser known park and is huge. Crowds here are well dispersed with kids running in different directions with sparklers and fireworks. A whole lot easier to manoeuvre and with no need to push your way to the waterside. Most people float Krathongs at the same spot; a paved area on the left side of the lake (when arriving from the main gate). The city skyline also impressive. 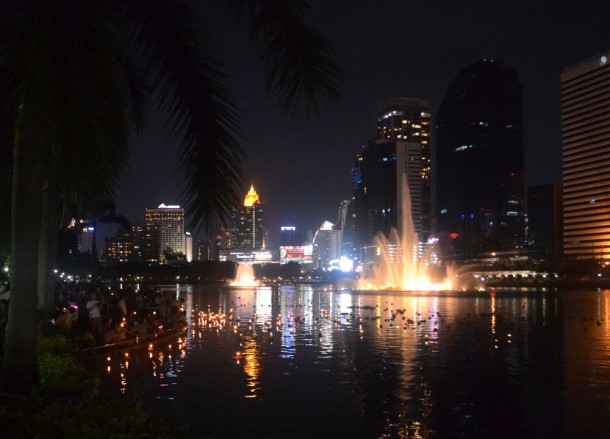 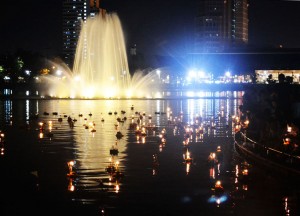 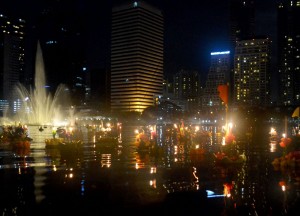 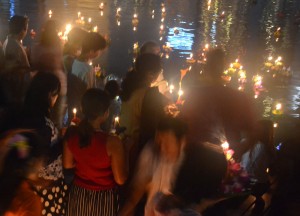 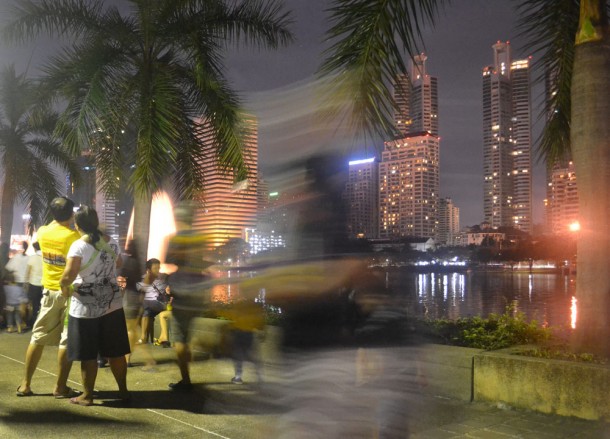 You don’t need public waters to float Krathong – any water will do. After the park I bring a fish friendly, bread Krathong to float at our condo fish pond. A more intimate family Loy Krathong. You will see this a lot in Bangkok with Krathong’s floating in any water available to avoid the stress of crowds. When no water available locals set up make-shift pools to float their Krathongs. The tradition of Loy Krathong pays respect to the Goddess of Water in thanks for taking care of life e.g. trees, plants, fish. 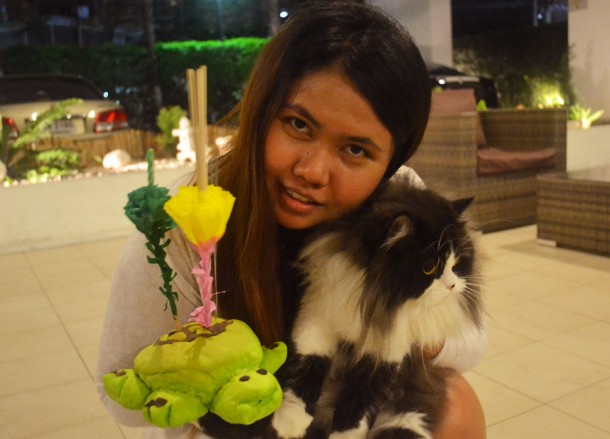 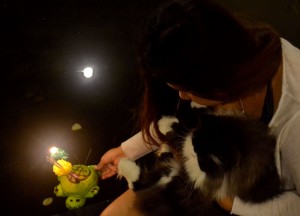 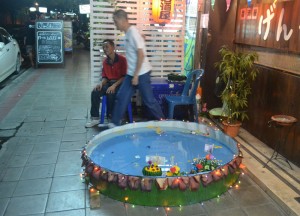