When I blindly stumble on this quaint, rural village we were on a road trip in the North Hills of Thailand. A road trip unplanned with few expectations. A road trip which uncovered many hidden gems which I never could have expected. Doi Pha Tang easily one of these gems. While the area maybe better known for mountain views and the annual Thai Sakura bloom (Dec – Jan) for me it was the unique local life of Doi Pha Tang which left a lasting impression. A culture which felt better suited to our Himalayan adventures from the previous month. In Doi Pha Tang the locals, while Thai in nationality, are distinctly different in ethnicity. Most of Chinese origin or to be exact; Haw, Hmong and Yao, ethnicities I’d barely heard of. Snugged up in winter clothes, with cooler winter climates, it was hard at times to recognise Thailand. Of course I have come across Chinese cultures in Thailand but before now it was always within urban and modernised settings. In the village Doi Pha Tang life is different; charming, rural and authentic. A timeless feel of idyllic simple life. Doi Pha Tang goes relatively unnoticed under the shadow of long necks and fancy dress of other Hill Tribes. They go under the radar of tourism which thankfully fails to see past the more celebrated and sensationalised Hill Tribes of the North. 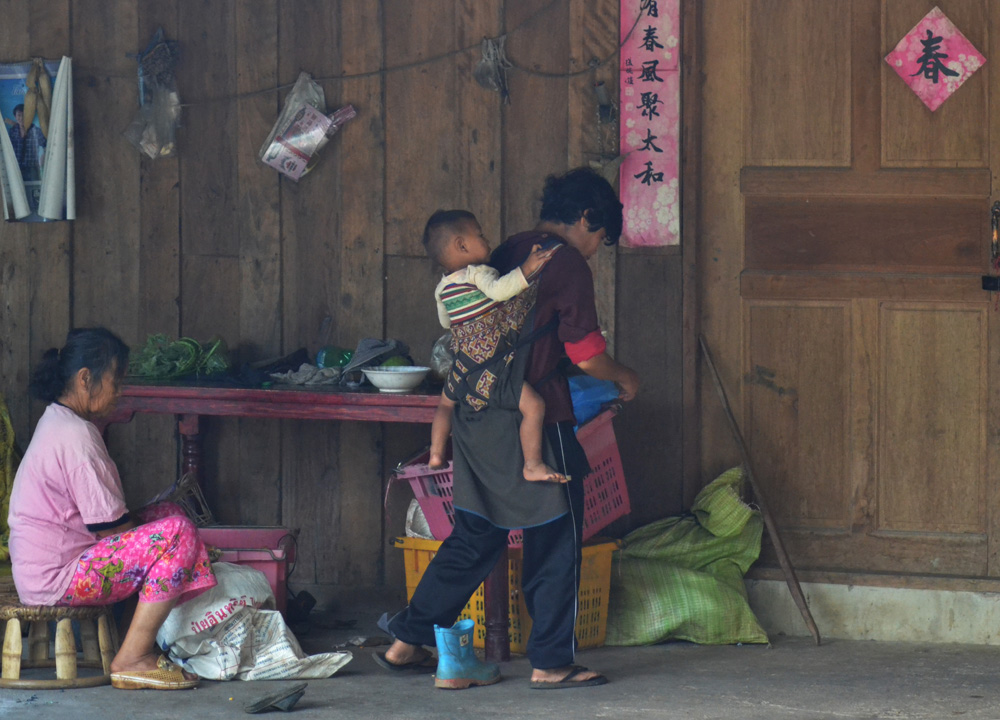 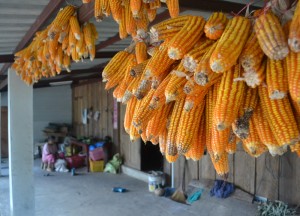 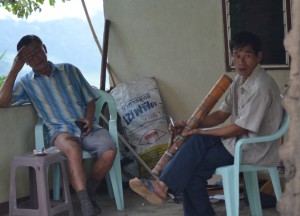 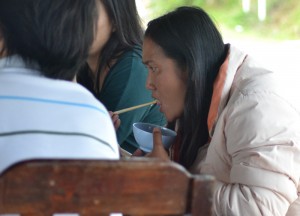 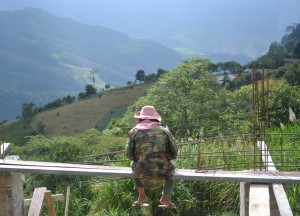 As always it was probably the food which won me over in Doi Pha Tang. Taking seat at a roadside restaurant we expect the usual Thai dishes found in surrounding areas. A menu is then handed to us in Chinese (with translation). A menu of predominantly Yunnan food. I let the Thai group order which I slightly regret. Yunnan Sour Soup and Stir Fry Yunnan Pickles among the treats I missed out on. The food comes served with a complimentary pot of hot tea; another new for me in Thailand. My favourite dish was the fried Yunnan Sausage (translated as Yunnan Hot Dog). Slightly spiced and served with pieces of fried garlic, chilli and ginger. Perfect nibble food. Among the rest was some of the best pork knuckle soup I’ve tasted also egg soup and stir-fried sayate. We eat with rice and Yunnan Steamed Buns; similar to Baozi buns but with no filling. The restaurant (pictured above) is found perched over surrounding hills of Doi Pha Tang where we eat next to local workers fitting a new veranda. Next door a pipe smoking neighbour retires to his house and belts out his karaoke of Chinese ballads (horrendous but interesting). 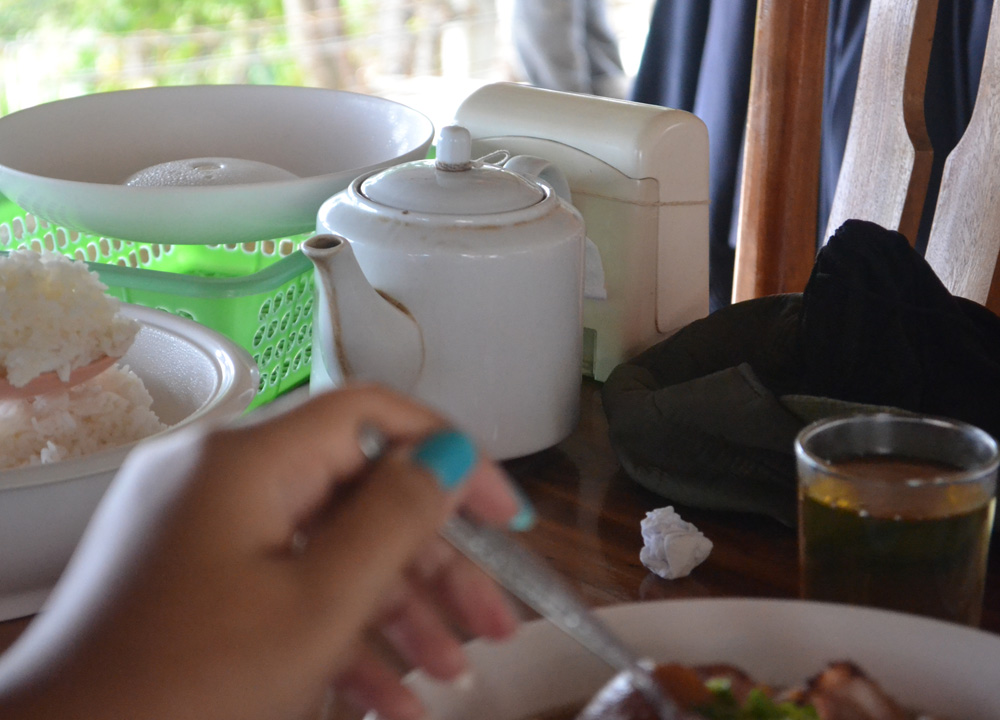 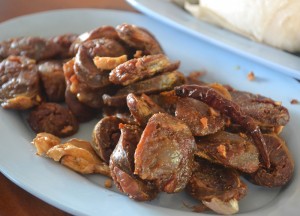 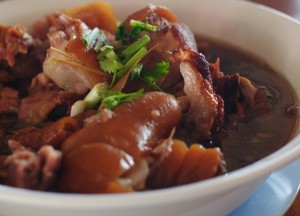 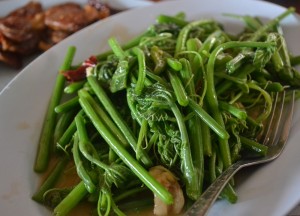 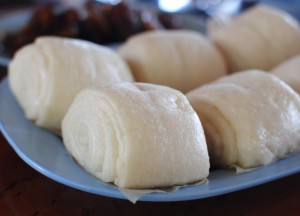 A short trek in nearby hills finds a mountain gap which overlooks the lower planes of the North. Views of the Mekong river and on the opposite the lands of Laos. The diversity in these areas partly due to the location near the Golden Triangle where four countries come together; Thailand, Laos, Burma and China (Yunnan). While the viewpoint is what drives visitors to Doi Pha Tang it is more popular in early months (January to March) when the area blooms with pink Bauhinia flowers and Thai Sakura. Also the cooler months between November and February attracts Thai tourists who seeking an escape from extreme heats of lower lands. 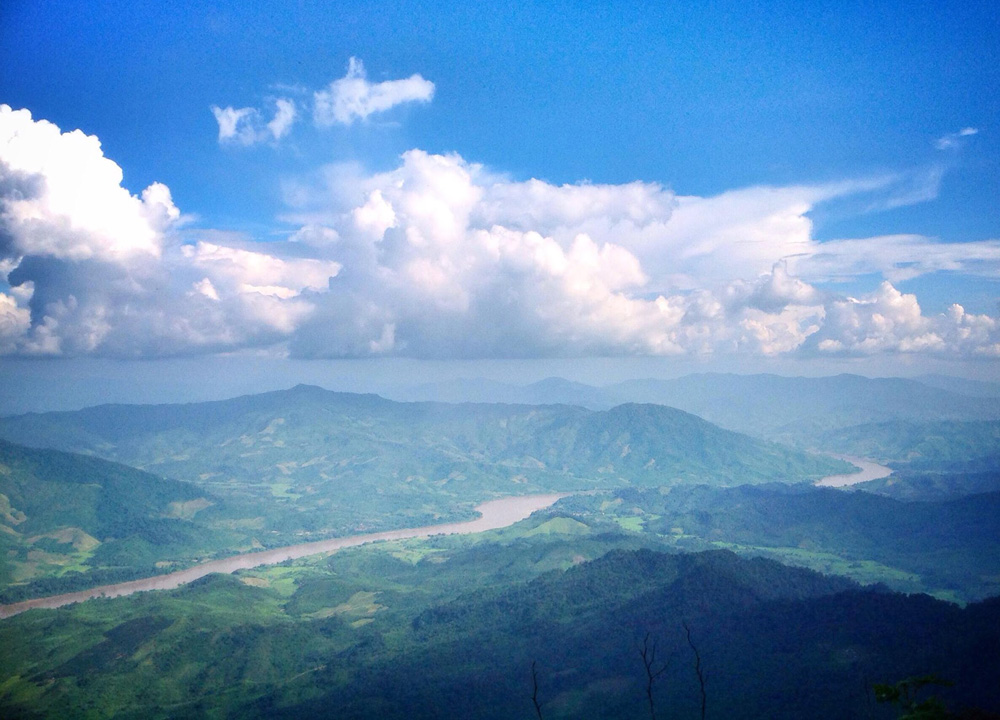 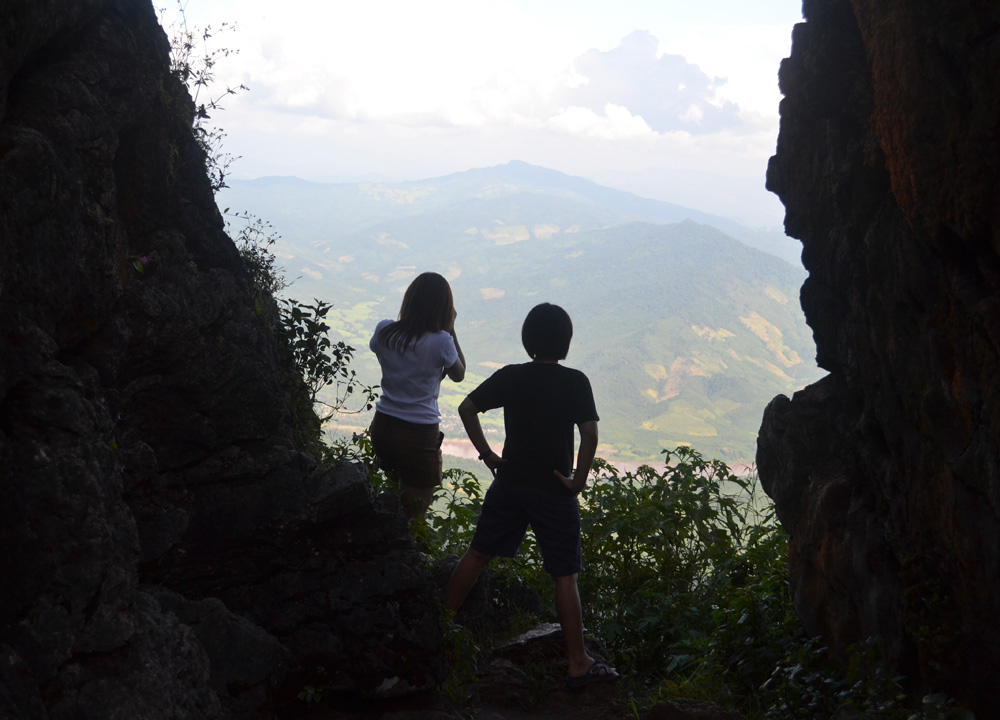 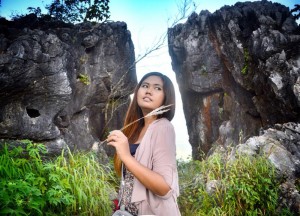 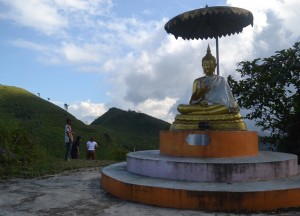