Despite not being a Christian country, Christmas is well celebrated in Thailand. Of course Christmas here is all about commercialism and as always in Bangkok they do it well. Central to Christmas celebrations is Central World Mall where the front forecourt is strewn with company branded ornaments and Bangkok’s largest Christmas tree. The Central World Christmas Tree was first erected just after Halloween this year, getting an early start on the festivities, but the area wasn’t fully decorated or officially opened until December. Now Christmas cheer is in full swing at Central World. Admittedly the 2013 decorations didn’t impress me the same as in previous years at the ‘Central World of Happiness’. The new Christmas wonderland (Joy to the World) while still impressive is missing that big blue teddy bear, the bobble fountain and other cute stuff from previous years. That being said the Central World Christmas Tree will always bring the crowds. While there are other parts of Bangkok which do similar (here for Bangkok Christmas light tour), none do it bigger, better and they all miss the important Christmas fixture of beer gardens. 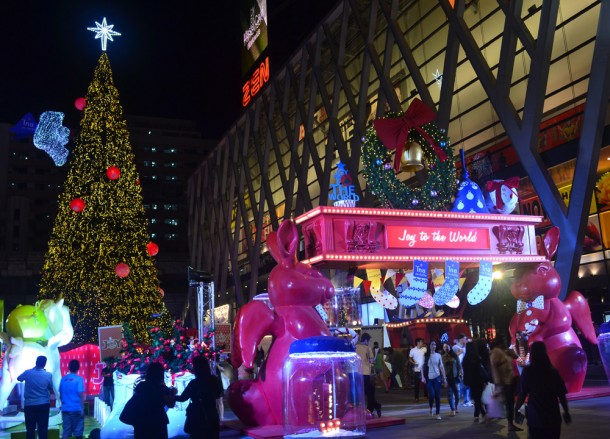 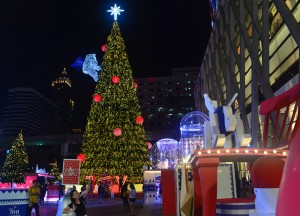 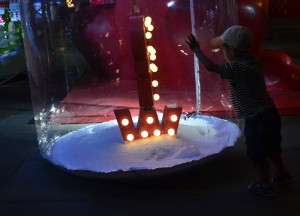 Each year three Beer Gardens are erected next to the Central World Christmas Tree. The three same beer brands each year; Tiger, Chang and Singha in this order when coming from the Christmas tree. Leo Beer are owned by Singha in case you worried of them missing out. Each beer garden sporting their own brand, live performances and uniformed beer cheer girls (waitresses). Take your pick. Chang is generally the cheapest and Tiger the most expensive but I find most people chose by the cuteness of beer cheer girls (not us of course). Fanfan wanted ice-cream so we end up at the Chang Beer Garden at Central World to sample their beer ice-cream. All Beer Gardens have free entrance. 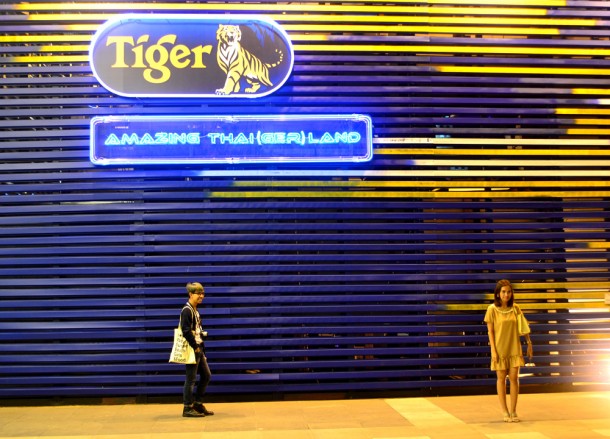 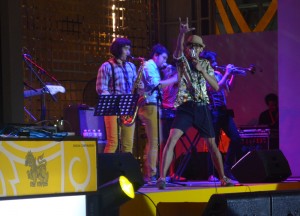 I like beer, I like ice-cream, together not so much. Chang’s beer ice-cream, as expected, was disappointing for Fanfan the beer hater. After all it is ice-cream which tastes of beer. The rest of us order beer towers and we all share nibbles of spicy Thai salads. They really need some continental nibbles at these Central World beer gardens; similar to the Christmas markets of Europe. Unfortunately none, not in the Chang Beer Garden anyway. The Beer Garden’s are target local Thai’s and I was surprised at how few foreigners were there. Possibly they were scared off by the rioting on adjoining streets where protesters attempted to topple the government. In many ways we took advantage of this situation as normally the Central World beer gardens fill up fast. Tonight there were more beer cheer girls than boozers. Few made it which was great for us. 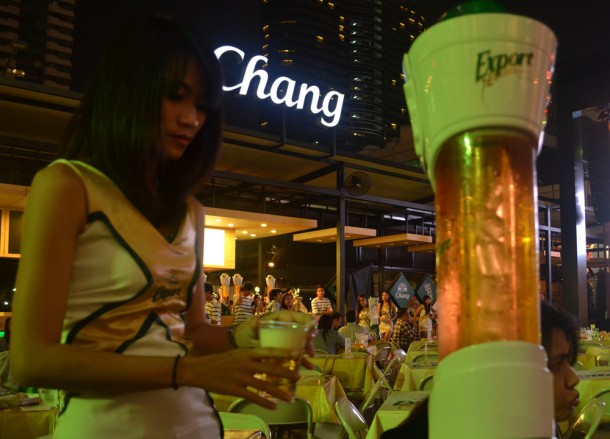 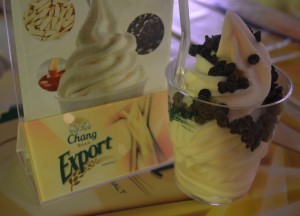 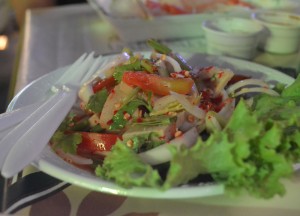 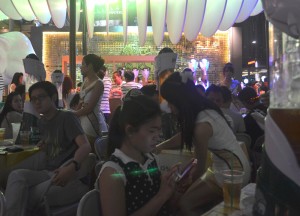