So Allan what did you do today? “I joined a protest..” Was it fun? “Yes, Super fun.” What was the best part? “I hugged a giant furby…” (Here For Bangkok Shutdown) 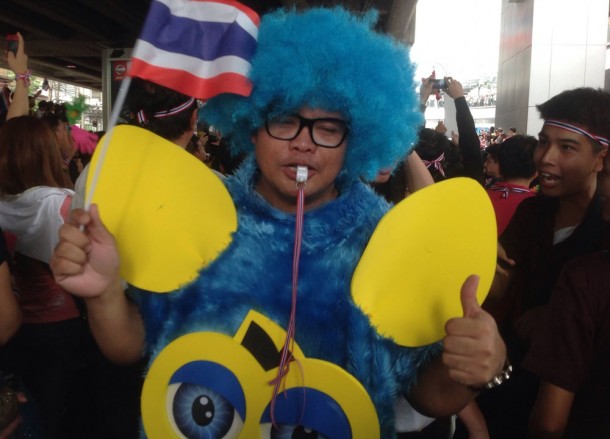 Obviously I was only there as a spectator but it is hard to not get drawn in by the mass celebrations of Thai protest. More so when you can hear them from your bedroom – the deafening whistles piercing my windows. This was the second protest in two days the previous passing right next to our condo. This time being adventurous we go to join the fuss at the meeting point of Asoke interchange in Bangkok’s Sukhumvit area. We arrive on the overhead skybridge to look down on roads flowing with red, white and blue. We descend the skybridge to join the festivities. 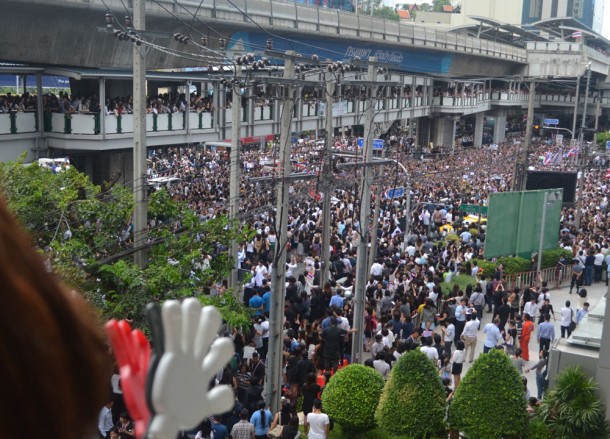 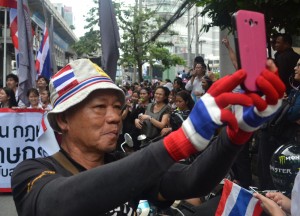 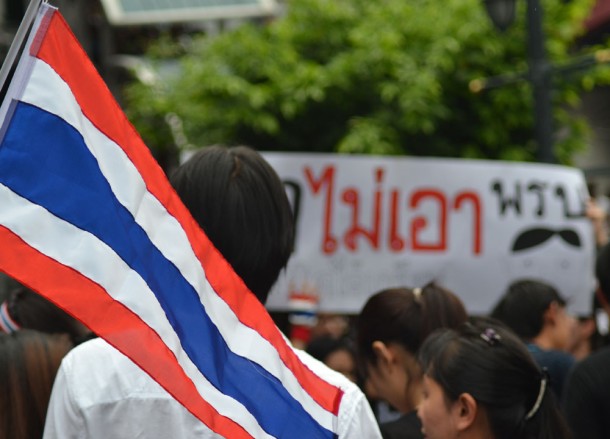 As I sit here writing I still hear whistling ring through my ears. Not sure if the protests are continuing or if it’s just in my head. Plus i’m a little deaf. Maybe there’s an after party? To me today was more like a festival or New Year’s Eve minus the booze. Whistles, flags, smiles and happiness. A youthful crowd gathering from surrounding office buildings and the nearby university at Srinakharinwirot University. An inspirational bunch multicultural and positive. The great thing about Thailand is the youth do have power; when people don’t vote their prospects for Government jobs become next to none. A great incentive in my opinion. The scenes happy, somewhat cute and as we get closer to Soi Cowboy a little more crude (as below). 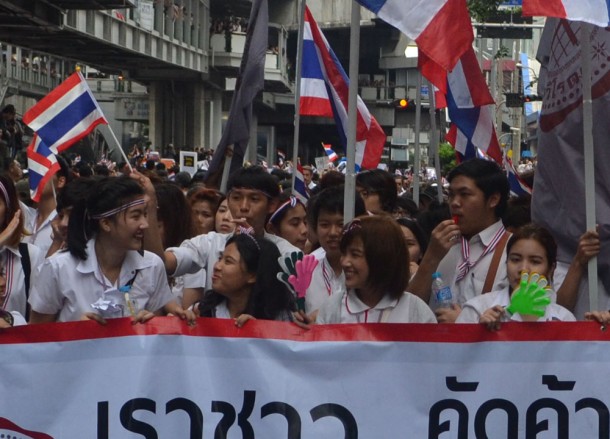 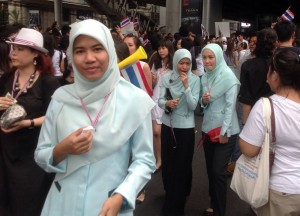 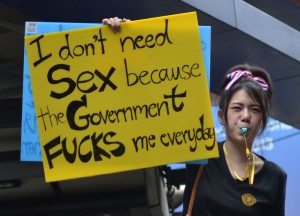 The Last of the Protests?

I’ve had the misfortune of being brought up in Northern Ireland’s politics. A depressing subject and one I was glad to rid of. To get bogged down in Thailand and their problems is not what I came here to do. Leave it to the Thais to make politics. That being said I think what is right in politics is obvious? A democratically elected Government which Thailand has, ridding of corruption which Thailand is doing and finding justice for past wrongdoings which is what the Amnesty Bill is against. The reason we now find these protests. This is not reds vs. yellows this is Thailand vs. crooks. The Amnesty Bill likely to do no more than unite the middle. It has opened old wounds but has also put past troubles and incentives into perspective. Many who fought for the Government now feel betrayed by the powers behind them. The extremes on each side are dwindling and the middle grows. I think all of Thailand hope this will be the last of Bangkok protests. Fingers crossed. 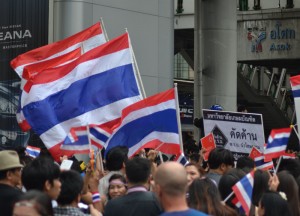 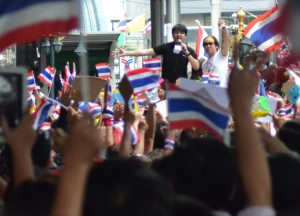 Update… instead of letting the democratically elected government complete its term, protesters are pushing to topple the government with an attempted coup. Instead of accepting the win against the Amnesty Bill the protesters overshadow it with their own disruption and are likely reversing the popularity polls to favour the government. If the coup wins the circle begins again. Thailand looks to never learn from its mistakes.