Chinatown is an area teaming with food and for many the best starting point for exploration is 19th street where you’ll find vendor after vendor of charcoal grills, cooking all sorts of meats, veg and marinades from shop house barbecue restaurants. This is the place to go for street food in Yangon; outside seating, bustling local life and a boozy night scene. 19th Street connects between the Maha Bandula Road and Anawratha Road in the vibrant Chinatown area. 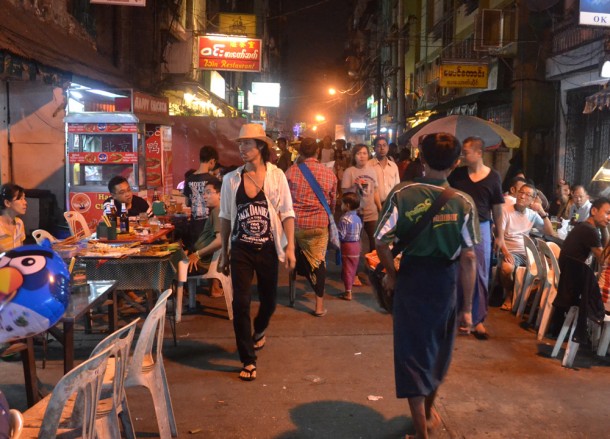 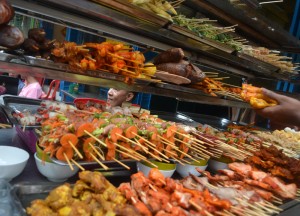 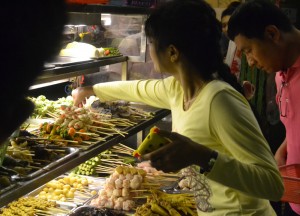 The first time visiting 19th Street my entire meal came for free. The same night I return and again I eat for free. This was down to luck really, as a lone traveller I order food, sit to eat when local Burmese invite me to join them and later offer to pay my bill. Hard to say no, and probably insulting to refuse so I accept. Both times my bills come to around $8 with big Myanmar beers making the bulk of it. So as I sit boozing with the locals they tell me about the significance of 19th street in Yangon and how it has always been the place to go boozing. It was in fact, at one time, the only place to go boozing. With past regulations on alcohol and group congregations it was Chinatown which the government were most reluctant to crack down on mainly due to the Chinese population and culture in the area. To date this hasn’t changed and 19th street still makes the perfect place for booze, barbecue and local banter. When staying nearby I go for the cheap Daw Htay Hotel in the street parallel (Sint Oh Dan Street). 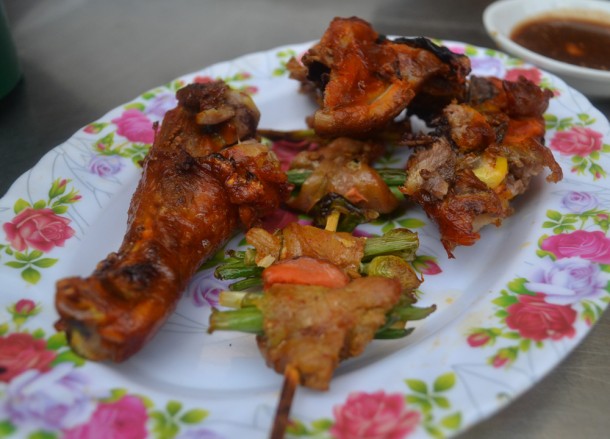 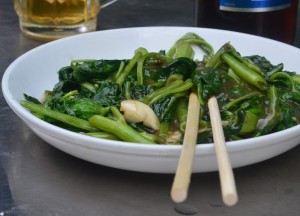 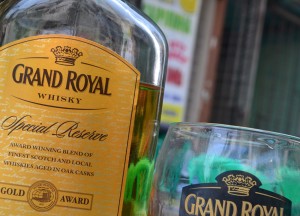 As always the best restaurants are the busy ones and while it maybe hard at times to find a seat I advise holding out or try squeeze into a seat where possible. The bulk of the restaurants are found at the bottom end of 19th street (Maha Bandula Road) and stop roughly half way up. I have eaten at the quieter restaurants (e.g. Aung Shwe Oo, first on left) and I now understand why they are quiet (tough meats, rude people). The popular ‘backpacker’ restaurant which also gets the thumbs up on Tripadvisor is KOSAN 19th St. Snack & Bar. Otherwise follow the locals. 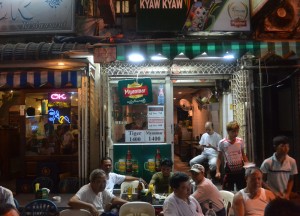 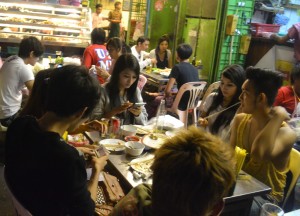 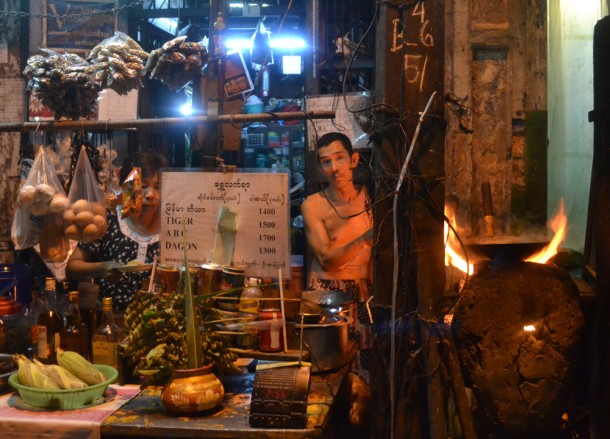 In and Around Chinatown

The Maha Bandula main stretch is one of the busier for street food in Yangon and surrounding the entrance to 19th street you’ll find countless fruit stalls, day and night, selling all sorts of local, exotic fruits; durian, rambutan or whatever’s in season. The area varies from with street food from delicious shan noodles and fried street foods to insects and cooked innards. Again, to be safe, eat where the locals eat. If in the area and don’t fancy the street food there are all sort of restaurant options from ‘Tomo Sushi Restaurant’ to ‘Uncle Fat Fried Chicken’. 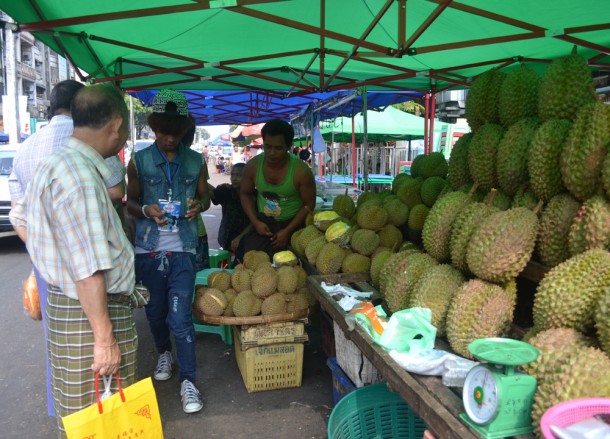 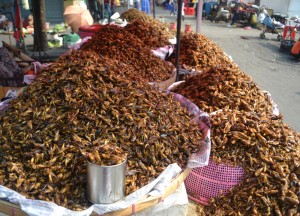 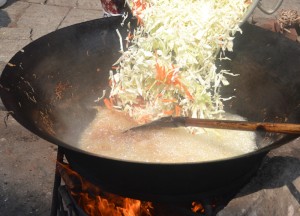